The 49th Sitges Film Festival : “your name. ” won the award for the Best Feature Length Film(Anima’t)

“your name.” won the award for Best Feature Length Film (Anima’t) at the 2016 Sitges – 49th International Fantastic Film Festival of Catalonia in Spain.

To fans in the US – Shinkai-related prodcuts are now available on RightStuf!
In addition to the US edition DVD and Blu-rays, exclusive merchandise from Japan will also be on sale in May and is available for pre-order! Order now or reserve by clicking on the banner at the bottom of the homepage, or go here:
>http://www.rightstufanime.com/search?keywords=makoto%20shinkai
*Shipping outside of the US is currently unavailable.

your name. in theaters August 26

Shinkai’s latest film, “your name.” will be in theaters on August 26.

Music will be by RADWIMPS. Over 20 tracks are planned for the soundtrack, including several songs with vocals.
Check out the new trailer featuring one of the songs, “Zen zen zense” on Yahoo! Movies!
>Trailer on Yahoo! Movies 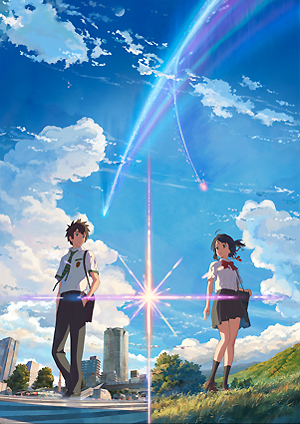 A new poster visual has been released for the film “your name.”
It will be used across theaters in Japan starting April 16th (Sat.).

Comic Edition of “She and Her Cat” Begins Serialization

The comic edition of “She and Her Cat,” the work that marks the genesis of Makoto Shinkai’s directing career, begins serialization today in the April edition of the comic magazine “Afternoon”! 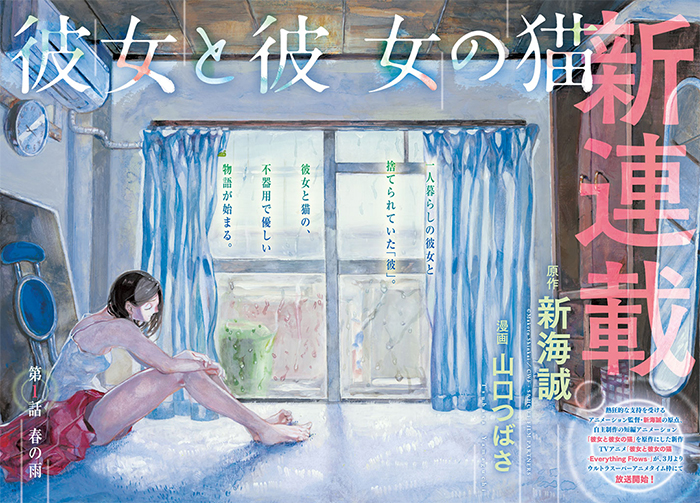